A wellness company for canines (and slowly expanding to felines!) specializing in nutrition, massage, and kinesiology care. We provide custom formulated diets to NRC, AAFCO, or FEDIAF standards based on science with a holistic approach. Additionally, we provide canine massage therapy and kinesiology services to dogs of all ages, breeds, and abilities. 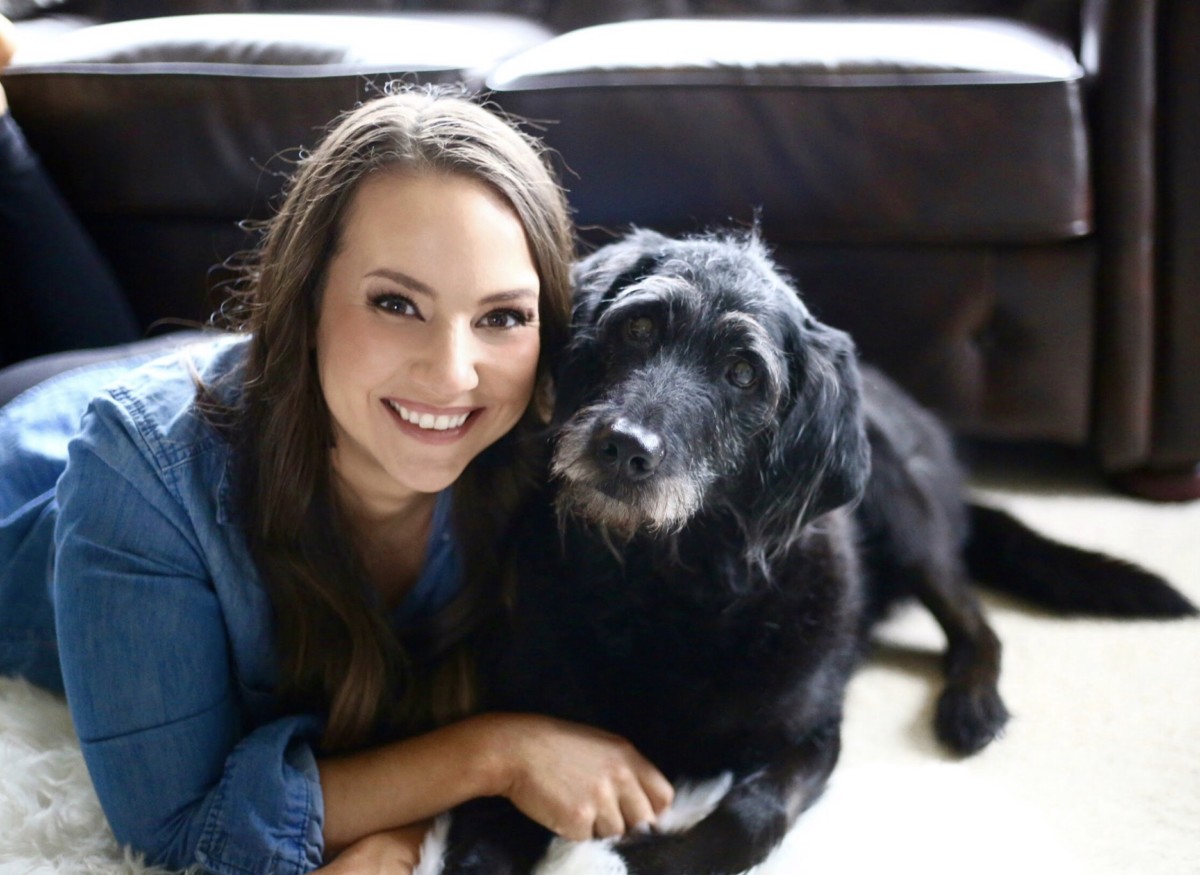 Nice to meet you! I’ve been professionally formulating cooked and raw proactive and therapeutic diets for adult and senior dogs worldwide since 2017. I became passionate about animal nutrition because of my dog, Mylah. It was Mylah’s journey with diabetes that led me to the world of animal nutrition. Mylah was diagnosed with diabetes at 10 months old and thrived into her senior years as a 10 year old. Without individualized nutrition, Mylah would not have made it as far as she did with the ability to take trips all over the United States, swimming in lakes and climbing mountains. I’m very passionate about this work because of the firsthand experience I’ve had with my dogs. The main focus of Holistic Pet Wellness is nutrition while also providing additional means of care through massage, aromatherapy and herbs.

As an independent canine nutritionist and diet formulator, I approach food from the lens of science-based nutritional therapy. The science behind nutrition is critical to understanding food from a holistic perspective. 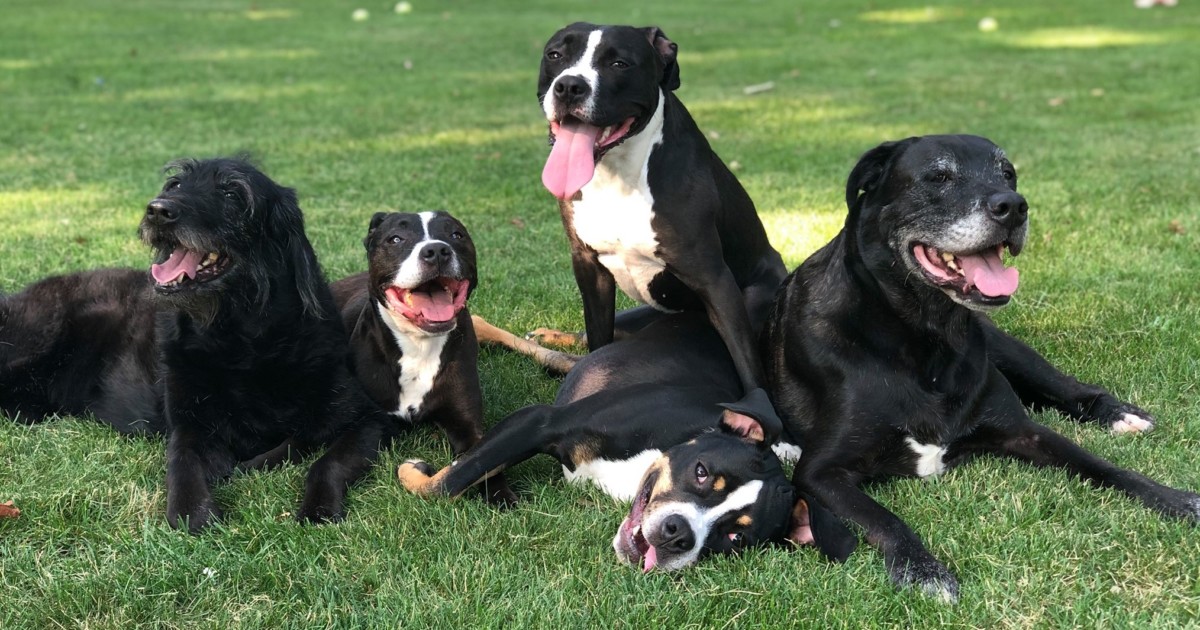 I call Izzy my ‘best girl’ because she is my best friend and the minute I laid eyes on her I knew we were meant to be together. I can’t even begin to count how many ways she has changed my life. I got Izzy right after college at 22 years old and we have been through so much together. My first city apartment, breakups, roommates, family deaths, celebrations – she has always been there. Izzy is 12 years old, but basically going on one year old; she is a giant puppy at heart! She also loves to be in nature and at the lake. She is my adventure dog and soul mate.

My middle kid, Hudson: big, goofy and lovable. The moment I met eyes with Hudson I knew he was a dog I wouldn’t be able to live without. Hudson came from a puppy mill, was brought to a pet store and purchased at the pet store as a “bullador” at three months old. His owners had a lot of young kids and he wasn’t mixing well with them so they were going to either euthanize him or give him up. They claimed Hudson was ‘unpredictable’. Well, he is the most predictable dog I know, a dog that thrives from routine and familiarity. Hudson is a big lug, not the brightest, but would protect me and his sisters from anything. Hudson is 11 years old. *We said goodbye to Hudson a few months after his 12th birthday, he lived an amazing a happy life and we will miss him so much. RIP Hudson.

Mylah is our diabetic baby and the tiniest little pittie type dog I’ve ever met. I rescued Mylah’s mom and seven siblings who were confiscated from a dogfighting and breeding operation and were going to be euthanized due to space at animal control. Mylah and her siblings were only four weeks old when I rescued them. Mylah was the runt of the litter and I fell in love with her and adopted her. She was diagnosed with diabetes at 10 months old and that changed my life. She is now 10 years old (!!). Over the course of her life, she was also diagnosed with protein-losing nephropathy, inflammatory bowel disease, and pancreatic enzyme insufficiency. What has kept Mylah thriving and living her life? Her diet. She is the reason I began formulating balanced and complete homemade dog food and the proof has been in her longevity and thriving. I am grateful for the journey she has taken me on! *We said goodbye to Mylah after she spent 6 months as a 10 year old. Mylah developed some type of tumor on her spine or in her brain causing her to fall and she became unable to walk. It came on shortly after her 10th birthday and grew progressively worse every few days. It was not fair to her after awhile and so we made the terribly hard decision to put her at peace. After such an amazing life despite the odds, I still feel her presence every day.

My husband and I swore we would never adopt another puppy… and then along came Jayne. Funny how that happens! I met Jayne at Chicago Animal Control when I went to do transport dogs to rescue. Jayne was a last-minute addition to the transport. We believe she was hit by a car – she was brought in as a stray with her right hind leg dangling from her body. The rescue tried to fix her leg but the surgery didn’t work so it was amputated. We were asked to foster Jayne after her first surgery because of my medical care experience. My husband and I both knew she was never leaving once we began fostering her. She is 3 years old and living the good life as a tripod, she is super fast and gets around great! She receives regular massage and bodywork therapy from me as well as kinesiology treatments to keep her active and inflammation-free.

Did I EVER think I would have a dog named Meatball?  Nope! But things just turned out that way 😉 Meatball is also a three-legged dog and recently had his entire right hip replaced. He was rescued back in February 2019 with a horribly deformed front limb that caused him a lot of pain. He didn’t even know how to walk. Once the leg was amputated it was discovered he had very bad hip dysplasia so he underwent a total hip replacement. We fostered him, taught him to walk, and fell in love. He is only 2 years old! He is THE sweetest dog and is so good to his older siblings. He is undergoing rehabilitation currently and I practice massage and bodywork 2x a week on him. He also receives kinesiology treatments AND I set up an in-home rehab area for him to practice his therapeutic exercises weekly when he is not at his rehabilitation appointments.

🐾Wellness company for pets specializing in nutrition, massage and kinesiology🧬Rooted in science with a holistic approach 🌱
⇣Recipes + consults⇣

*How to Determine if the Results of the Eliminatio

How to Do an Elimination Food Trial 1. If your do

What does Jayne love more than Meatball? The mud!

Wrapping up this week talking about Vitamin A, let