Dog Mom of the Month: Brigette 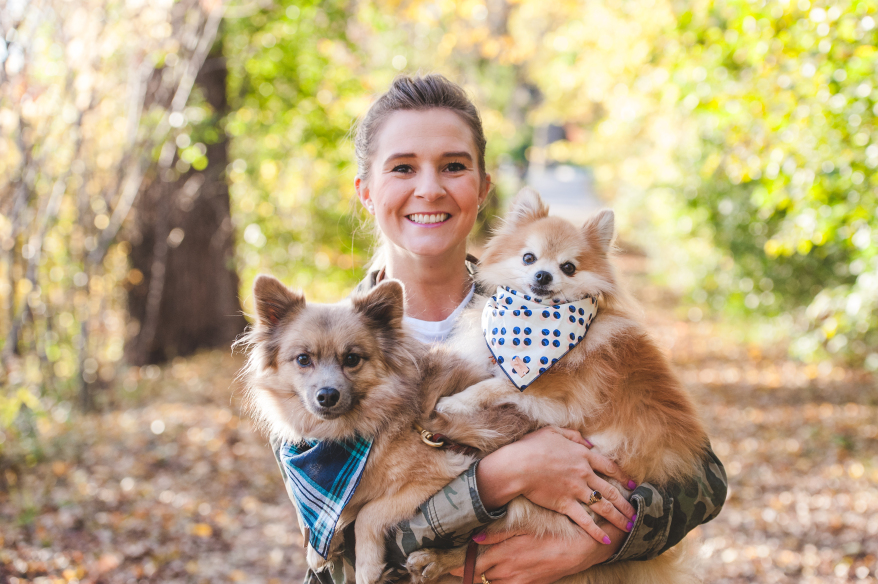 Brigette Johnson is Mom to two Pomeranians, Bolt, and Torque. This all-natural, outdoor-loving trio has been through ups and downs with Bolt’s behavior and health. Brigette learned a lot from Bolt and is now an advocate for a raw diet and incorporates essential oils into her dog’s daily routines.

Brigette is a teacher, blogger and full-time dog mom who lives in Anoka, Minnesota. She purchased Bolt from a breeder on what she admits was an impulse buy. “My boyfriend (Brent) and I really wanted a dog, and he had fallen in love with our friends’ Pomeranian. Within a day, I found a local breeder who had puppies available, and we bought Bolt,” says Brigette. She fully acknowledges they were both young, uneducated and a little naive. When she looks back at how she got Bolt, she realized how this breeder was not a good breeder at all, and it shows in Bolt. Their cute little puppy struggled with fear, aggression and health problems from the start, but she never gave up on him. 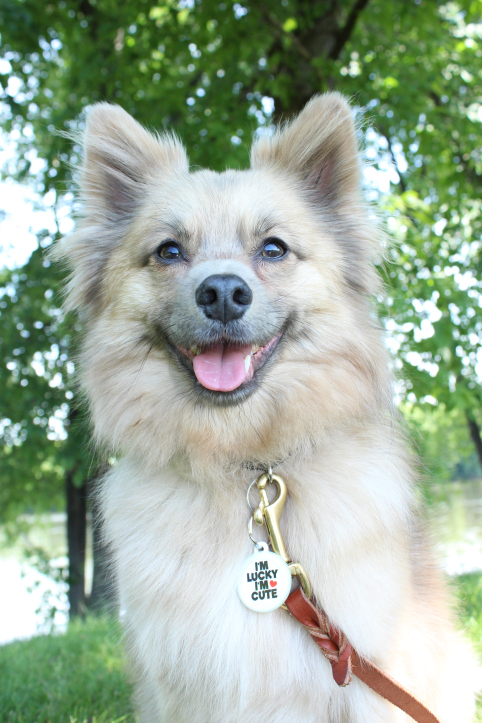 Bolt is now 5-years-old and has made great strides in his behavior and health issues. “Our old vet told us he needed to be on Xanax and other people made rude comments that, ‘maybe he’d be better off being put down.’ Bolt was my dog, and that was never going to be an option. At this point, I was going to do anything and everything to make his life better, says Brigette.” After multiple trainers, Bolt having issues with vomiting bile and what seemed like no end in sight, Brigette finally found an amazing trainer to help with Bolt’s aggression. She also transitioned him to a raw diet which completely changed his life. “We now buy raw food in bulk and mix in our own fruit, veggies, and supplements,” says Brigette.

Brigette adopted Torque, her second Pomeranian while she was volunteering with Underdog Rescue, MN. She saw his little face pop up in a photo because he needed transport. She jumped on the opportunity. Before they got to the foster home where Torque would be staying, she pulled over and took him out of his crate. She told him he would never live in a puppy mill again and promised to find him the best family filled with love. “I cried as I told him this because he was so scared and timid that I didn’t know how long it would take for a family to see beyond his fear, shaved body, and the urine odor that would only come out over time. As I sat there, something told me that I needed to be his forever family. A few days later, Torque was back in my car on his way to our forever home,” says Brigette. Torque is now 8-years-old and loving life with his brother and mom. 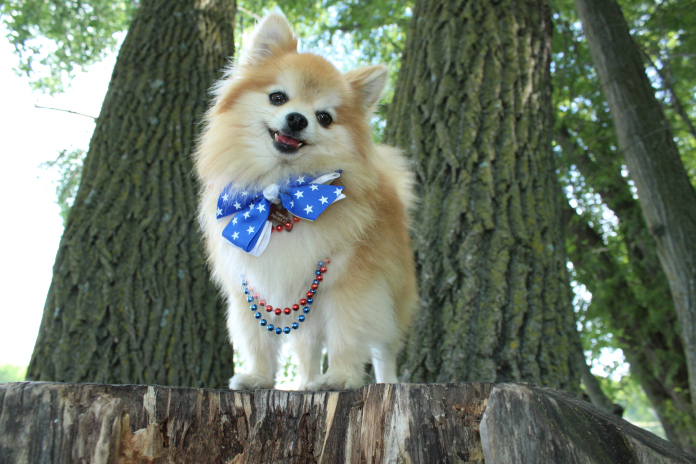 The best memory Brigette has with her pups is when Bolt and Torque met. Brigette and her boyfriend were so nervous that Bolt wouldn’t accept Torque. Since Bolt was struggling with dog aggression, they didn’t know what to expect. The day they met, it was as if it was truly meant to be. Bolt loved Torque the second they met and have been best buds since.

This family of four loves to spend time outdoors together hiking along the North Shore, and swimming in Lake Superior. Brigette and Bolt go to agility training and keep up with his training to curb any aggressive tendencies. She loves spoiling her pups with nice dog beds, essential oil rubs and lots of snuggles. Through everything, Brigette is a proud dog mom who will continue to do anything and everything to keep her dogs healthy and happy. “I never gave up, even when it felt like I was failing. Parents will do anything for their children, and I will do anything for mine,” says Brigette. 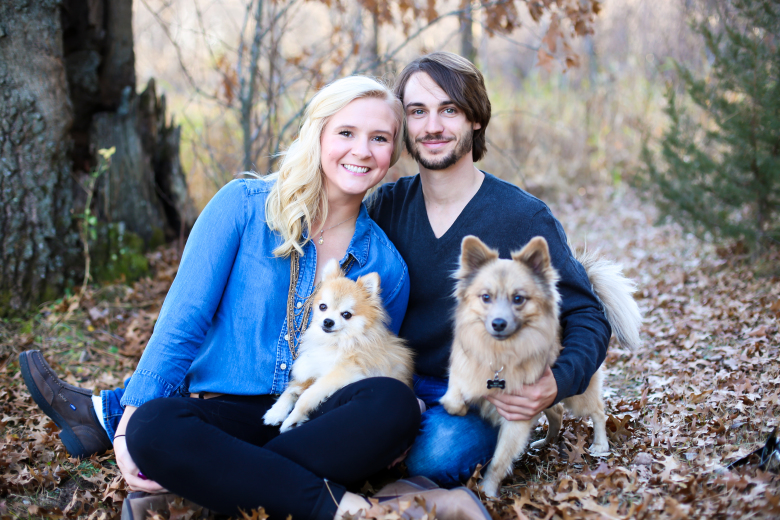