Dog Mom of the Month: Danielle 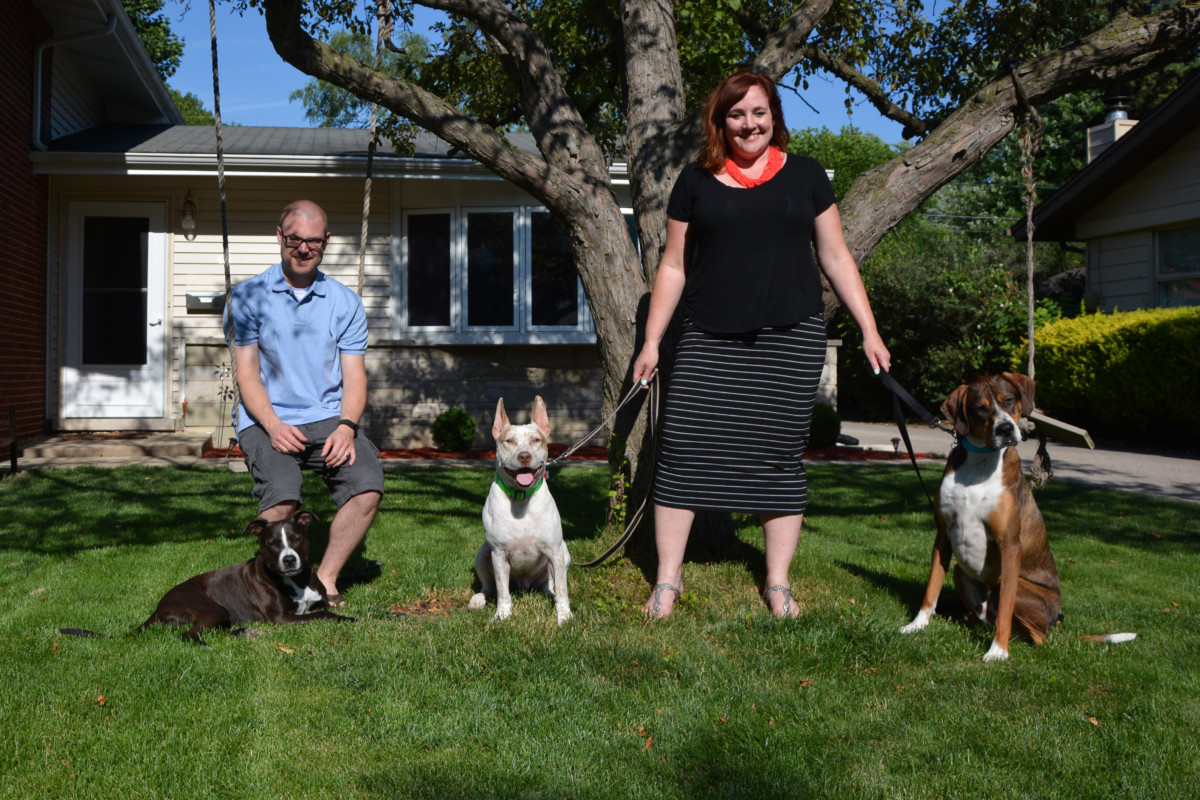 After Sandy passed away in August 2012, Danielle was heartbroken but missed having the companionship of a dog. By October, Danielle decided it was time to adopt.

Danielle and Steve drove five hours to Hope Animal Rescues in Alton, IL to bring home Mia, a scared, young mix who used to cower and shake at everything. With patience, training, and a lot of love, Danielle and Mia now volunteer together with multiple organizations because of Lea Mia’s calm and nurturing temperament. “At the first two [training] classes, Lea Mia was a disaster – if a dog barked, it made her run and shake, if a person talked too loudly, she would run and shake. She was afraid of going near small spaces or chairs or under counters. Then the third class it all clicked for her. She started going under chairs to find scents, going into corners and working through her nervousness by working her nose,” said Danielle. 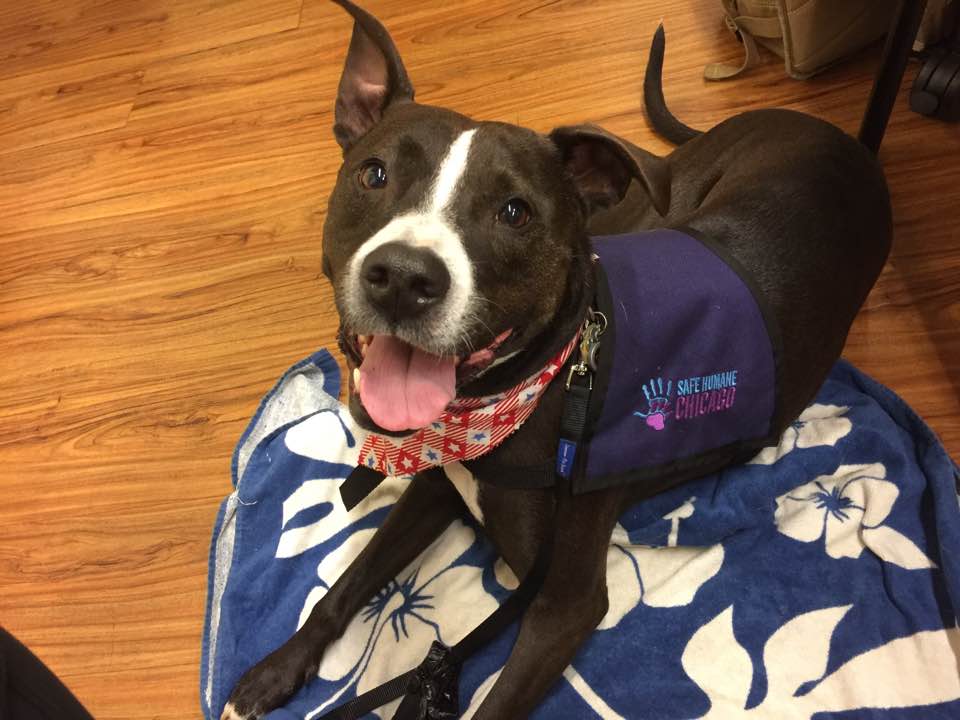 Danielle and Steve adopted Lea Mia knowing once they moved to a house in the suburbs they would be adopting another dog. They made another trip down to Hope Animal Rescues in June 2013. Lea Mia met five different dogs during that trip. She got along with one dog so well it was like they had known each other forever. Danielle, Steve, and Mia brought home Roscoe P. Coltrane, a five-month-old 45lb lug.

Roscoe required some extra training because he was a big puppy who loved to get into everything. “People stop us on the street to admire his looks. We always tell him it’s a good thing he is so good looking and charming because you can’t help but find yourself in mischief all of the time,” said Danielle. Roscoe has personality and energy to spare. He runs 2 ½ miles every morning, an evening walk, laps in the yard, AND daycare once a week. Roscoe P. is loveable, goofy and has a sixth sense for people which made him perfect for therapy dog work. He’s also now certified like his sister Lea Mia and volunteers with Danielle.

This family of four were busy teaching Roscoe the ropes, volunteering and working full-time jobs. But then they saw a photo of a dog named Memphis on Hope Animal Rescue’s Facebook page. Danielle immediately fell in love with the deaf  mix. 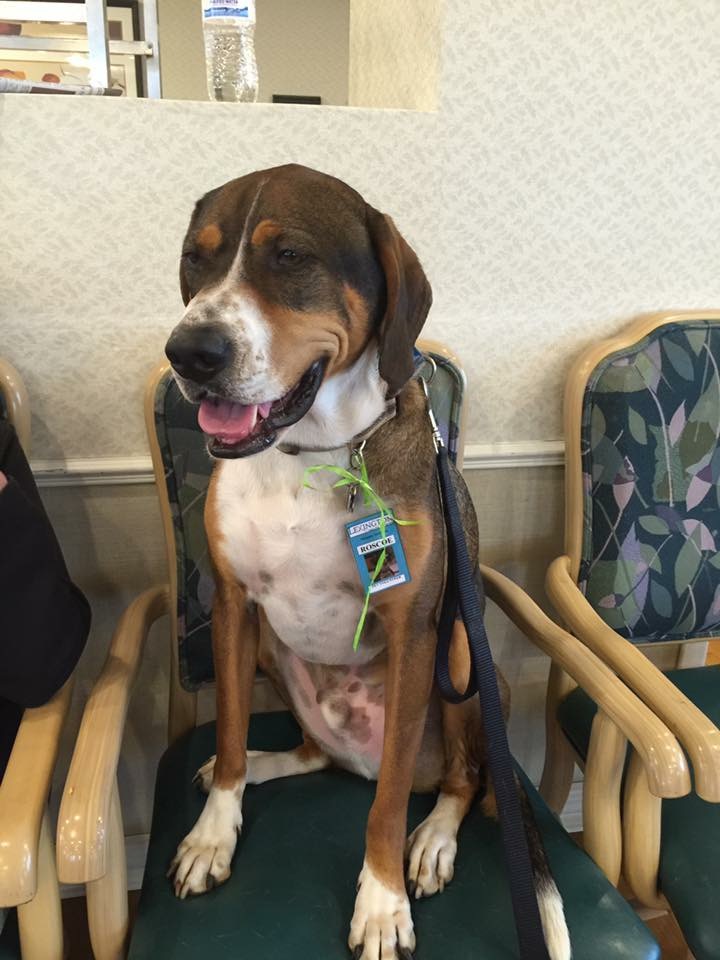 They all piled in the car to meet Memphis and returned with him that night! Now their family is complete – Lea Mia and Memphis are five-years-old, and Roscoe P. Coltrane is four-years-old.

Danielle dealt with her fair share of struggles with Memphis because he is deaf, but also because he was abused before being rescued. Danielle enrolled Memphis in obedience class immediately and began working with him to overcome his fears. He used to have night terrors and with the help of their vet, patience, and treatments, Memphis no longer suffers from them. The vet believes he has some type of PTSD. It took Danielle and Memphis a year to get to a place where he could fully trust his new family. After he began to trust, his life flourished. He also joined his brother and sister in their volunteer ranks as a therapy dog. 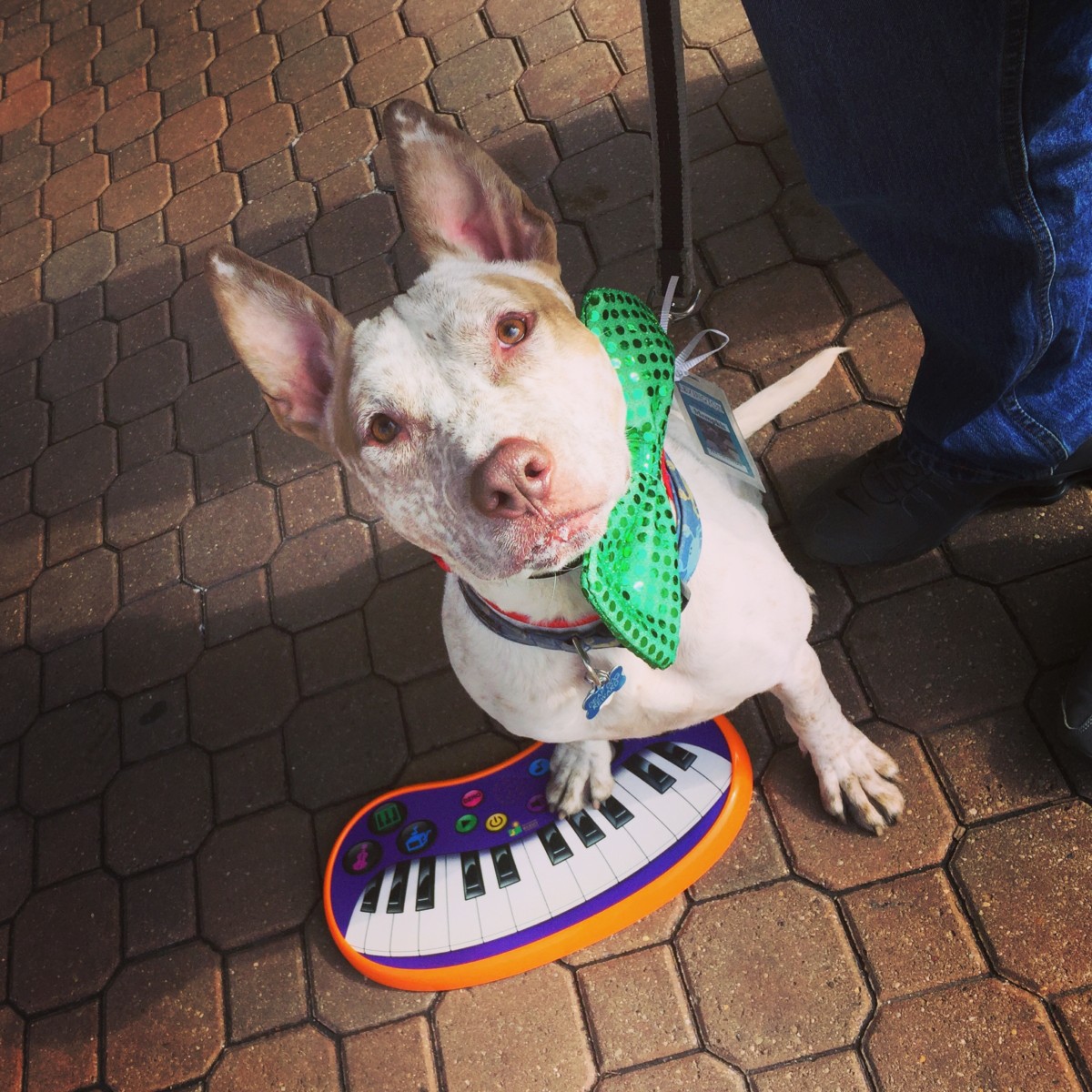 When Danielle and her dogs aren’t volunteering they all go for long car rides. All three dogs love to feel the wind in their ears. They also love spending time in the backyard. Her favorite memory of each of her dogs is when they came into their own, and their personalities began to shine. 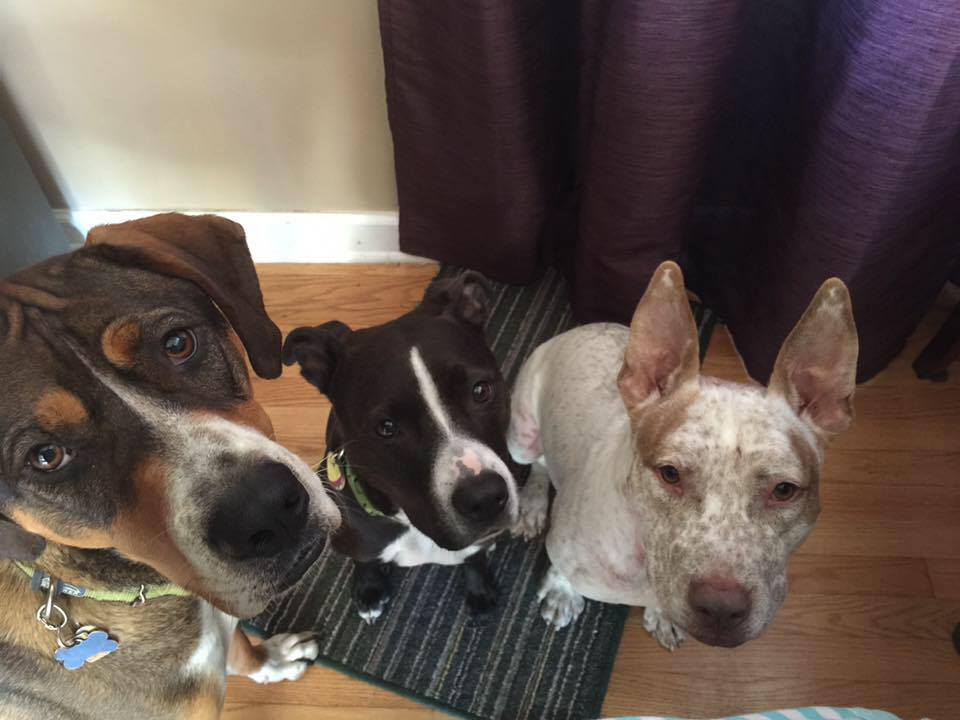