The Dog Mom of the Month feature celebrates extraordinary dog moms who share their stories about life, love, and happiness while living with and caring for their canine kids. Share your story to possibly be a featured dog mom by emailing alicia@theholisticpetwellness.co. 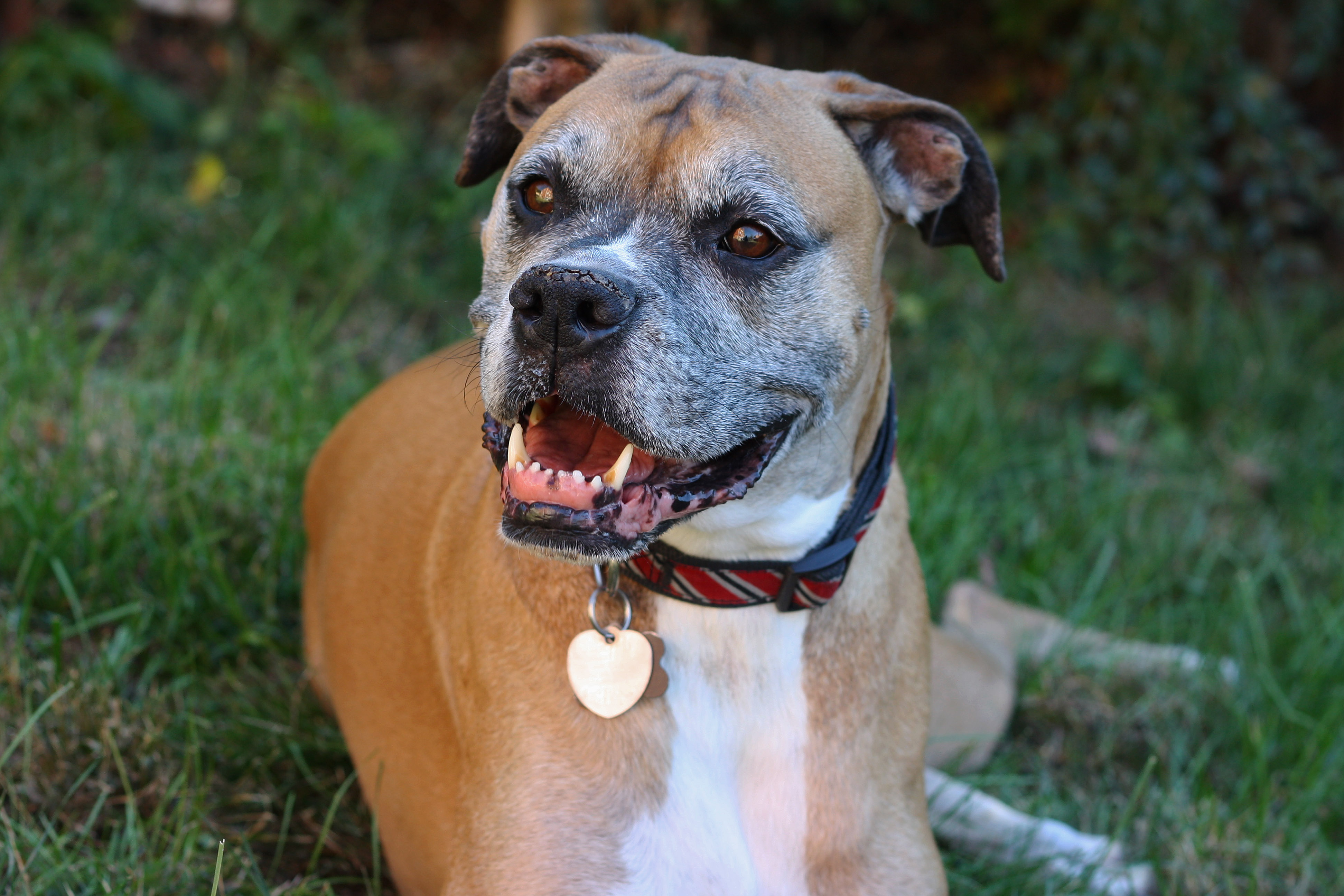 When Anamarie and Jeff went on their first date, Jeff told her about his dog Cosmo, and she mumbled she wasn’t the biggest fan of dogs. Jeff almost didn’t ask her on a second date because of that! That was in 2010, and now in 2016 Anamarie Rebori Simmons is the very proud mom to three canine kids, and is also married to Jeff! Needless to say, it worked out for them and the turning point for Anamarie was Cosmo, “When I first started dating Jeff, I definitely did not consider myself a “dog person”, but I met Cosmo – he was four at the time – and fell in love. He’s just the sweetest, and it was his gentleness that made me a dog lover,” she says.

Anamarie and Jeff live in the Washington, D.C. area. Anamarie is a PR professional and the blogger behind Less Than Average Height, and Jeff works in construction. Since they began dating in 2010 and Cosmo (now nine) became part of Anamarie’s life, she has become a full-on obsessed dog mom. After dating for a few years, Anamarie wanted to expand their family and began begging Jeff to add another pup to the family. She realllly wanted a puppy because she had never really had one of her own that she raised. She was in for a whirlwind! 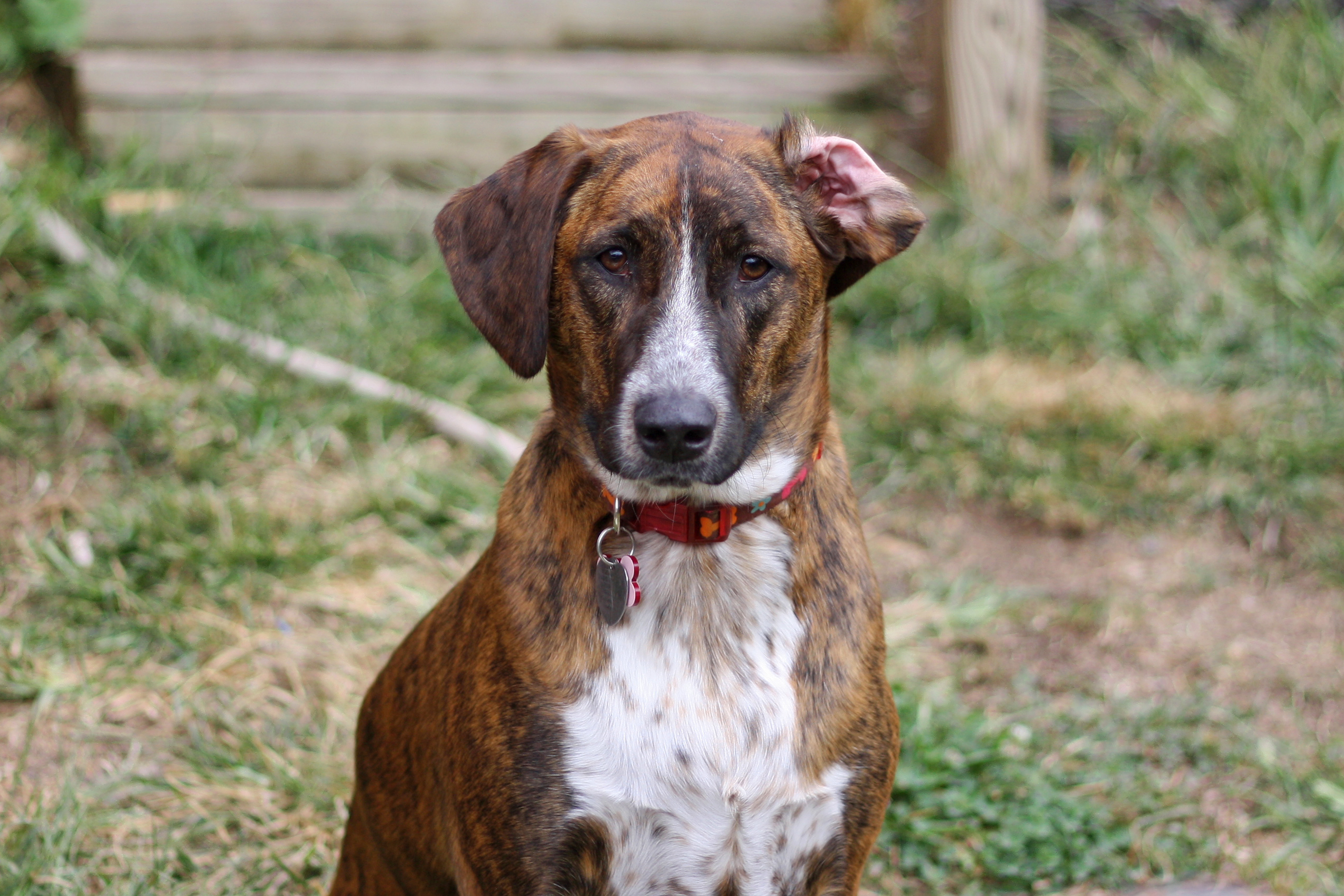 Jeff’s parents (who have three rescued dogs themselves) found sibling puppies Piper and Chase at a little shelter in the Dallas, TX area. The litter of pups was brought to the shelter by a man who found them abandoned by his home. Jeff’s mom immediately called Anamarie and without hesitation Anamarie and Jeff decided to adopt one of the pups! They drove down to Texas and adopted Piper at four-months-old. Anamarie quickly learned how much work puppies are, but wouldn’t change any of the craziness because in the end she has an amazing dog! Cosmo and Piper (now four) get along so well and are the best of siblings. 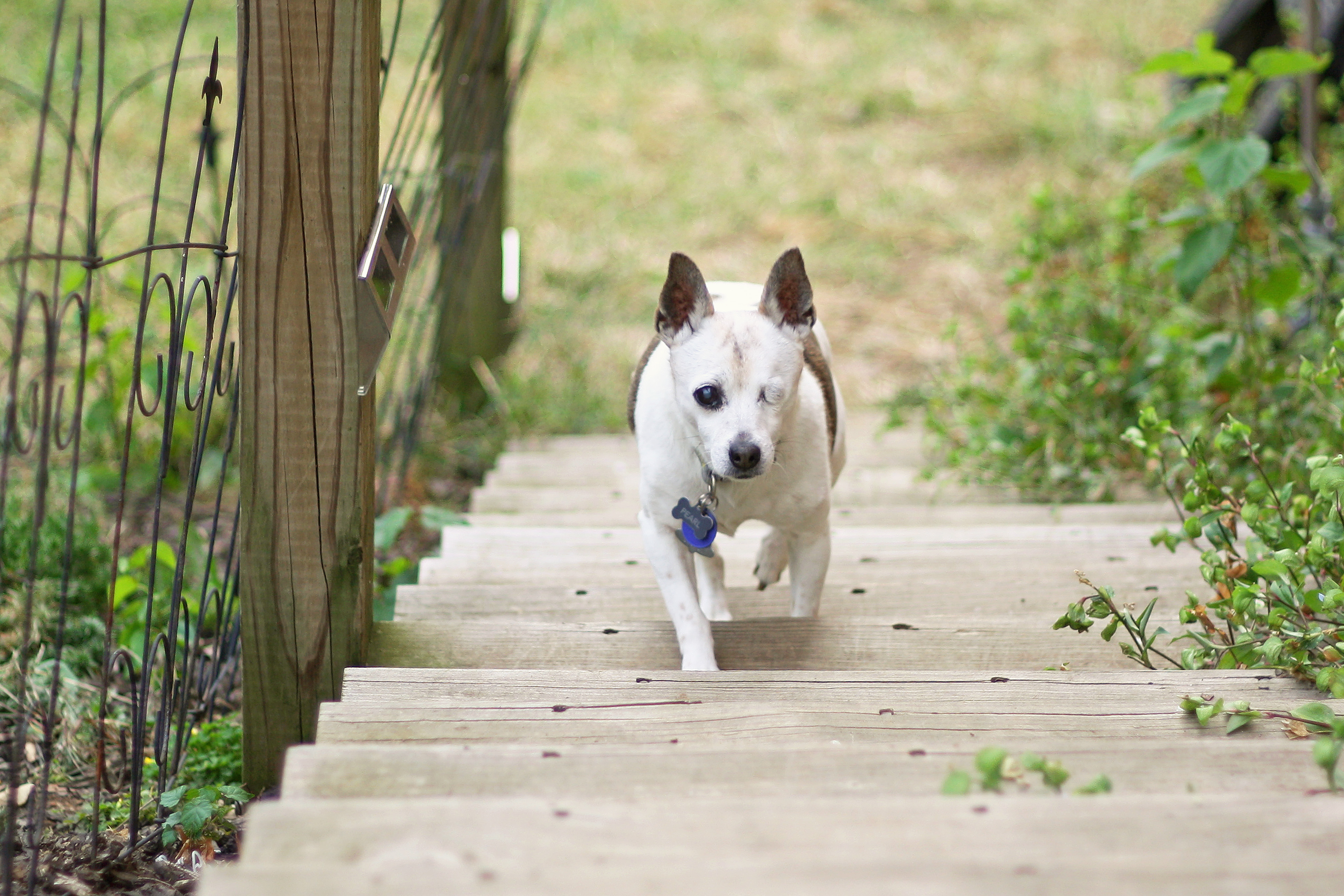 After Anamarie and Jeff were married in October 2014, a tiny, partially blind 10-year-old dog caught Anamarie’s attention. After adopting Piper and living with Cosmo, Anamarie was interested in adopting a senior dog who needed a second chance. When she saw this little pup for adoption, she immediately put in an application. Shortly after submitting the application, Pearl the one-eyed wonder, joined the family.
Pearl had an infection in one of her eyes due to neglect, so it had to be removed. Having a partially blind senior has come with its own set of challenges but overcoming those challengeshas been rewarding for Anamarie and Jeff. “Pearl has had a difficult life, even aside from the blindness, and thus she’s much less eager to bond with people or dogs. I think more than caring for a dog with a disability, that was and still is the biggest challenge. However, the moments when she’ll give us kisses or tries to snuggle with us (albeit brief) are just that much more special. We’ve definitely learned to appreciate them!” – Anamarie
Not only has Anamarie become a complete dog mom, she heavily advocates for dog adoption and senior dogs. She is grateful to have learned many lessons from her dogs, but especially to be giving a senior dog a second chance during her final years.Some of Anamarie’s favorite family activities include going to the dog park with Cosmo and Piper (Pearl is not a big fan), spoiling them with pup pops from their local ice cream shop, and fun nights at home together. She also loved their recent road trip to Missouri for Christmas where they brought all three dogs!