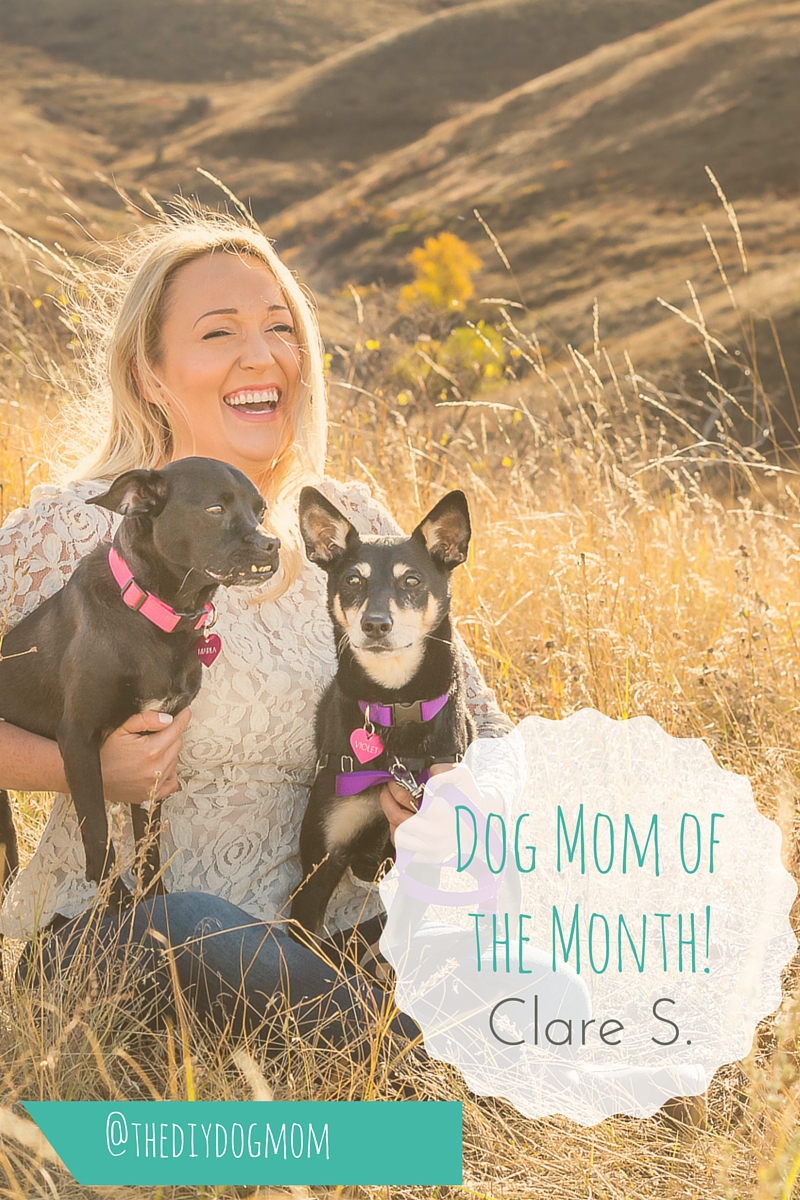 Clare Summers lives in beautiful Denver, CO with her two adorable pups Violet and Marla Hooch. Before moving to Denver, Clare rescued both of her canine kids from Chicago where she used to live. In April 2010, Clare adopted Violet from the Anti-Cruelty Society after going to look at some other dogs and seeing Violet last before she left. When Clare left without a dog she could not stop thinking about Violet, the adorable Shiba Inu mix she met. The next day she went back first thing and adopted Violet!

For a couple of years, Violet was a foster sibling to many dogs who were awaiting their forever home until they met one dog both Clare and Violet just could not part with. “It’s always bittersweet to let go of your foster dogs, but with Marla Hooch it was just impossible,” said Clare. She saw Marla on a trip to Chicago Animal Care & Control where she was picking up a dog that was being transferred to a rescue. Clare saw Marla in her cage and on the cage card read an ‘E’ for euthanize and it said, “too ugly to be adopted”. Clare couldn’t believe this and said she’d foster Marla if it meant she’d be saved. Shortly after bringing Marla home, she could not part with her, and Violet and Marla officially became sisters!
Clare has always considered herself a dog mom ever since she adopted Violet shortly after graduating college. “I adopted Violet right after graduating college and barely had enough money to pay my own bills, let alone money for dog expenses! It really forced me to grow up quickly and become responsible. While other friends didn’t have to worry about being home at a certain time, or having enough money to buy dog food, I did.  I wouldn’t trade it for anything, though!”
Before moving to Colorado, Clare and her little family experienced quite a few health scares with little Marla. This was also part of the reason Clare wanted to keep Marla because she was worried someone would give up on her because of her issues. They’ve been through cherry eye surgery, an extensive dental and separation anxiety, but they’ve overcome it all together.
When Clare isn’t working as a full-time Executive Assistant and a part-time Colorado Rockies Rally Girl, you can find her, Violet and Marla at the dog park chasing tennis balls and making new dog friends. Clare also spoils her pups with a rotisserie chicken from the grocery store – Clare doesn’t eat meat, so you know that is true love! 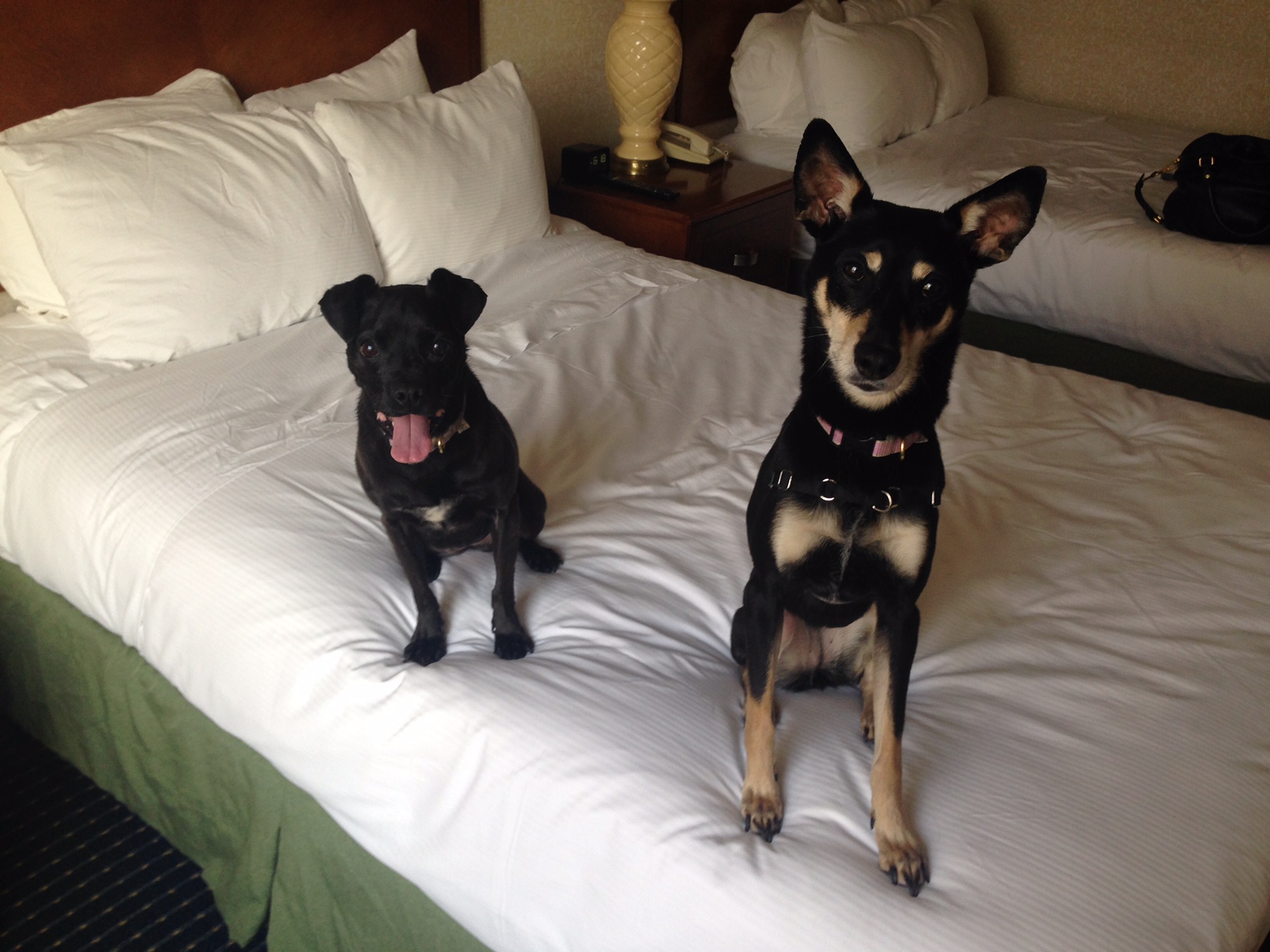 One of the best memories Clare has with her dogs is driving all the way to Denver in 2015 when they moved from Chicago. They stayed in hotels with her, they were such good travelers the entire ride!
Clare has been involved in many dog related advocacy initiatives in the past but loves supporting Peace for Pits who she fostered for in Chicago. “Though I don’t have a pit bull of my own, I was able to get to know many wonderful ones through volunteering. They are wonderful dogs and Peace for Pits really does a great job working to change the stereotype while finding homes for these deserving and misunderstood dogs,” says Clare.

Follow Clare and her adventures with Violet and Hooch on Instagram, and be sure to check out Peace for Pits!