Dog Mom of the Month: Emily 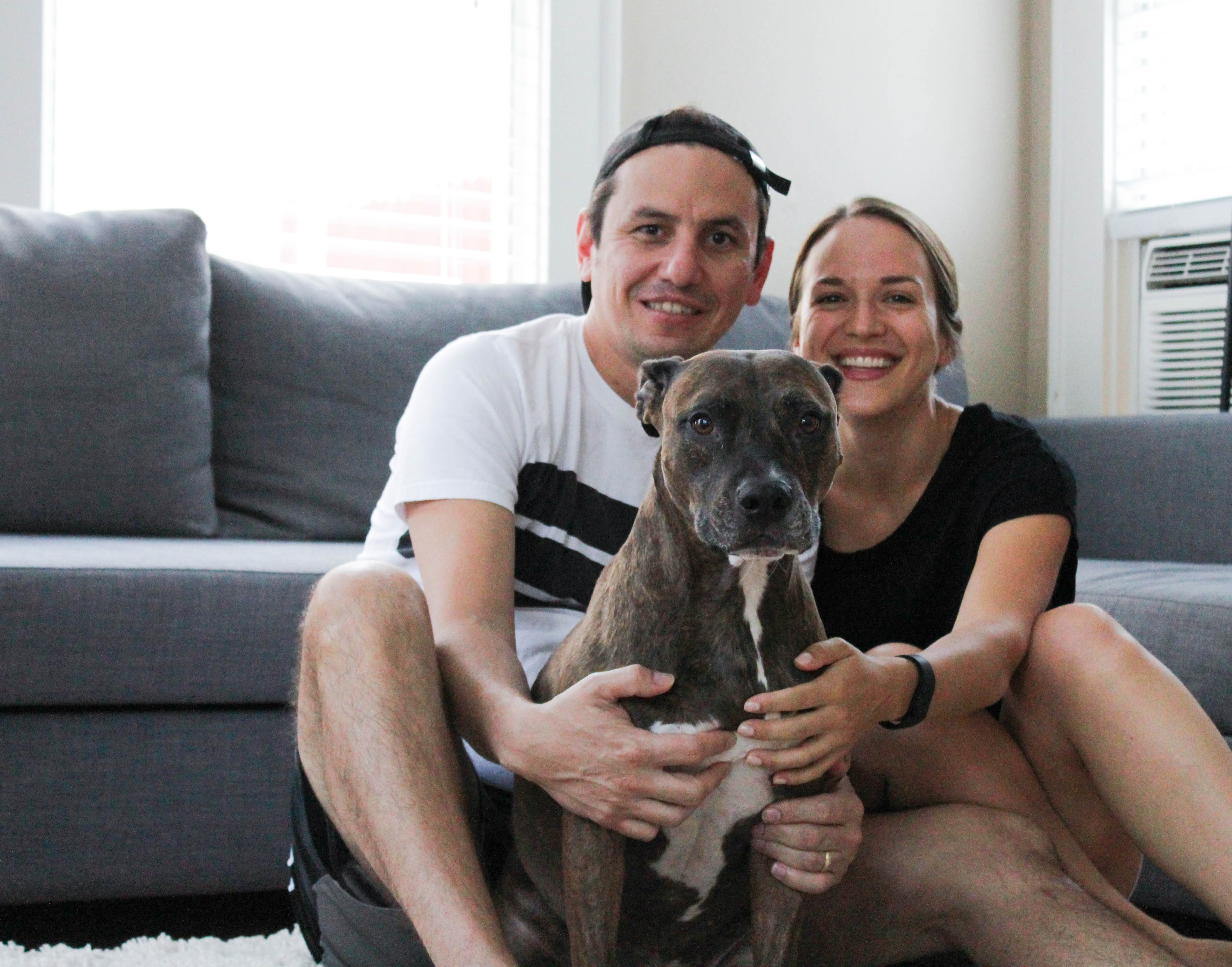 Emily de Moraes lives in Dallas, TX with her husband, Fabio, and their canine kid, Nomi. The family moved to Texas from Chicago where Emily is now working as a full-time food blogger for her blog, ‘What’s the Oven on For?‘! 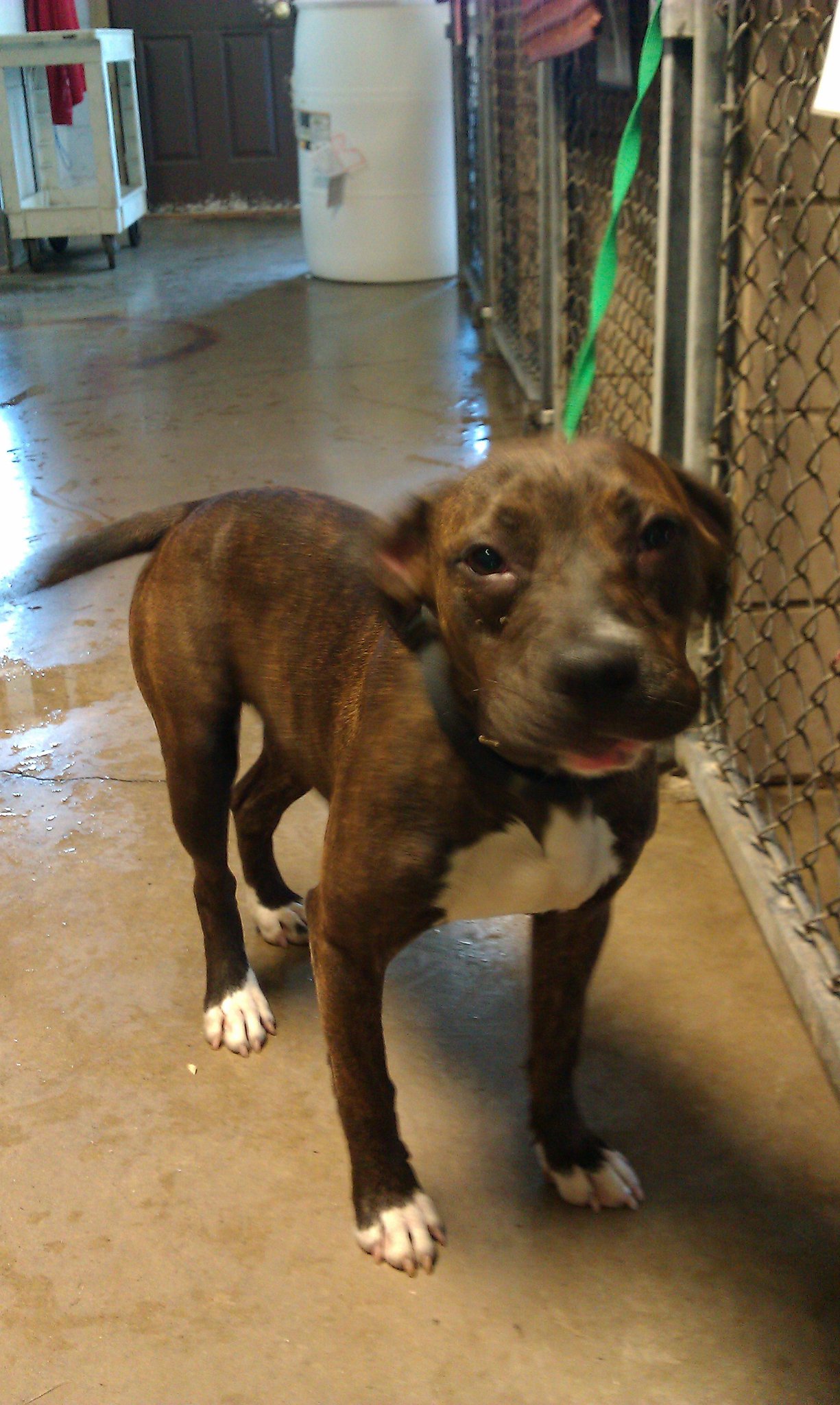 Emily quickly realized she was a dog mom after adopting Nomi five years ago, “I realized I worry more about her than I do myself. And when I realized I am somewhat of a “helicopter” mom….” says Emily. Being a helicopter mom to a pit bull type dog is not always a bad thing. They get a bad rap unfortunately and being protective becomes second nature for most.

Nomi is about six years old, and Emily gives me credit for her adoption, although Emily’s first impression wasn’t the best 😉 I had assisted rescuing ‘Sunshine’ (is what I first named her) from a bad area where animal control officers found dead dogs on the property she was living on. ‘Sunshine’ was the only living dog. When we brought this scared pup to the shelter she quickly came out of her nervous and frightened shell. Her fun and sometimes really silly personality started to show. Here is a photo of her at animal control before she came to the shelter.

Emily remembers, “I was working at a shelter in Chicago for which Alicia was the director, about five years ago. I had just started fostering shelter dogs, and my very first one had gotten adopted. I came into the shelter to talk to Alicia about who I should take as my next foster. Alicia said, “Oh, I have a perfect dog for you. You’re going to love her!”

When Emily approached the kennel she found a pint-sized brindle pit bull type dog, “jumping straight up and down as if she were on a pogo stick, and she was covered in her own poop,” recalls Emily. Reluctantly, and trusting my judgment, Emily took this rascal of a dog named ‘Sunshine” home with her.
At home, ‘Sunshine’ was almost immediately perfectly behaved, super sweet and cuddly, and just a ball full of joy and fun. Emily didn’t think she was ready to adopt a dog, so she brought her back to the shelter to meet a few potential adopters. “As soon as I walked away and saw her sweet little face staring at me as I left, I knew there was no way I could ever leave again without her,” says Emily.
‘Sunshine’ got her name changed to Nomi after Emily officially adopted her. At first, they couldn’t decide on a name. Emily and her roommates at the time began calling the pup, ‘no-name.’ At one point, one of Emily’s friends blurted out ‘Nomi’ instead of ‘no-name’ and Emily loved it! “We love her name because it’s just as unique and silly as she is, and it’s also an abbreviation for “North Michigan” (as in North Michigan Ave. in Chicago). She’s a Chicago pup,” says Emily! 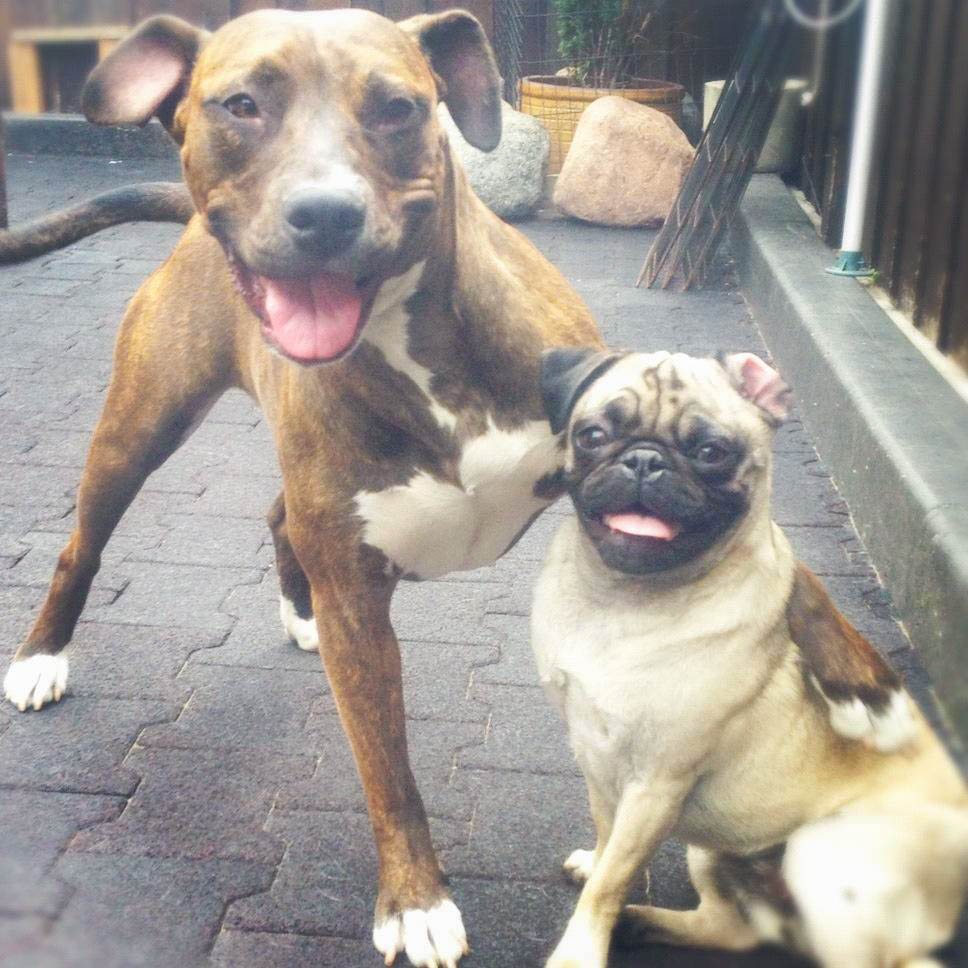 As Nomi grew out of puppyhood, she decided she didn’t always like certain dogs, and it became a hit-or-miss experience. If another dog showed an ounce of aggression or inappropriate behavior, Nomi wouldn’t react positively. “This was a struggle and a source of anxiety for a while, as I wanted to portray her as a completely loving and easy-going pit bull, to help eliminate the stigma,” says Emily. Emily worked through this with Nomi to manage the negative behavior and understand further what kind of dogs would upset Nomi. It ended up working, and Nomi has a lot of dog friends as a result. This tactic made Emily feel like a responsible dog mom, and bonded their relationship even further.
Nomi’s favorite activities are playing outside with the hose, enjoying a big bully stick and during Christmastime, they make dog biscuits! Be sure to follow Emily’s blog, ‘What’s the Oven on For?’– she features amazingly delicious clean eating recipes with a global flare. 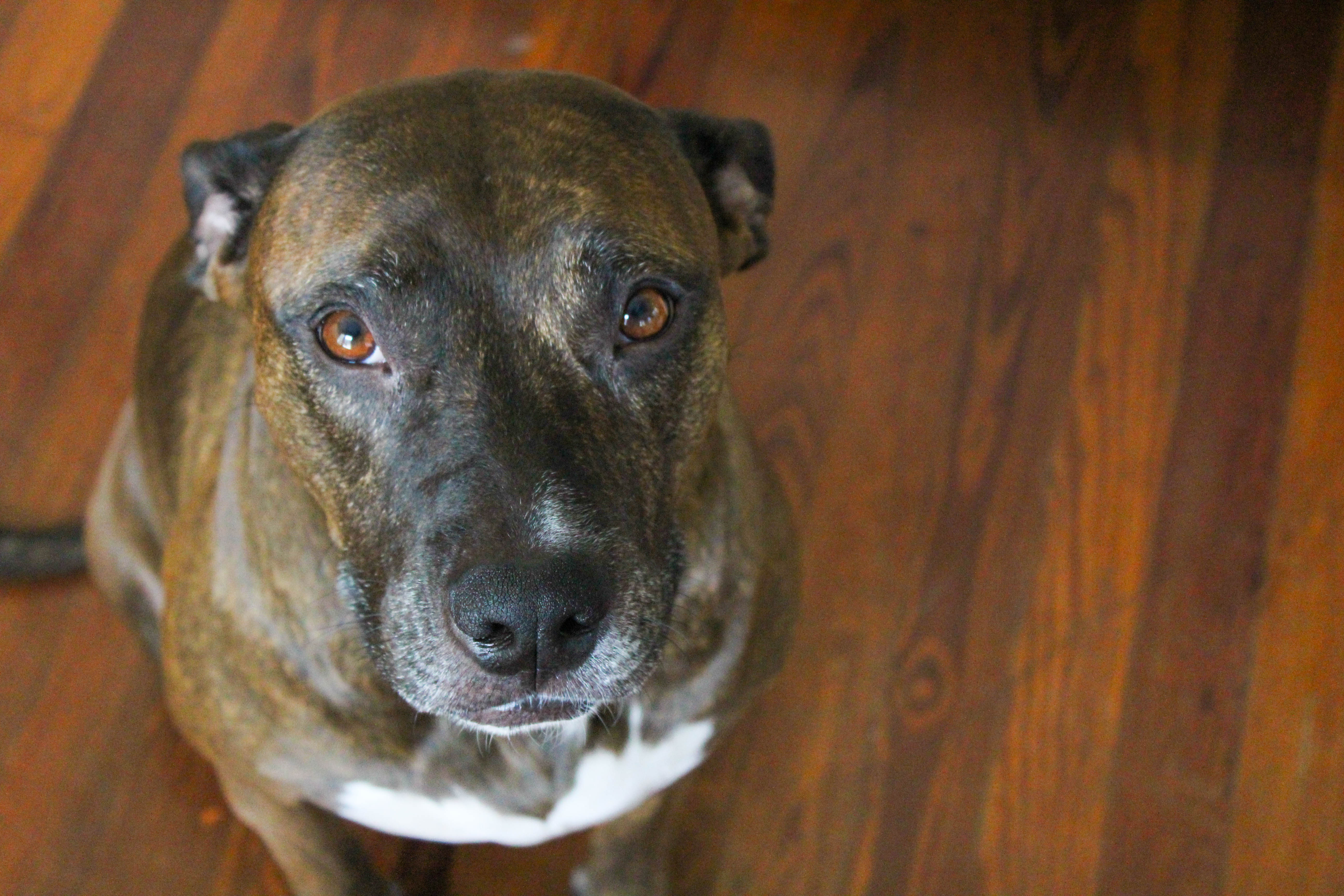 The Dog Mom of the Month feature celebrates extraordinary dog moms who share their stories about life, love, and happiness while living with and caring for their canine kids. Share your story to possibly be a featured dog mom by emailing alicia@theholisticpetwellness.co
Are you the mom of a pit bull type dog? Check out what is happening in Montreal to pit bull type dogs and sign the petition to stop it.