Dog Mom of the Month: Kristen 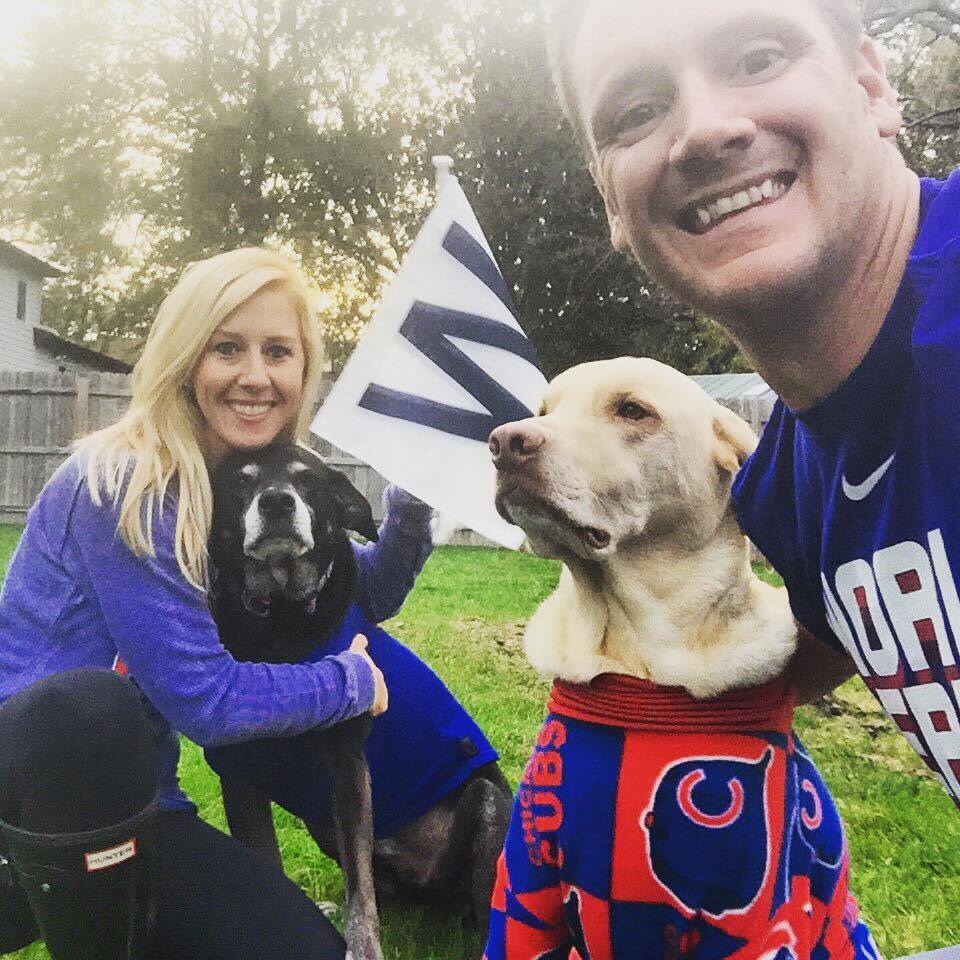 Dog Mom of the Month is back! The first 2017 Dog Mom of the Month is Kristen Gottschalk. She could be considered dog mom to hundreds of rescued dogs she has saved during her life. She has been involved in dog rescue for over 8 years and even co-founded a non-profit rescue, Fetching Tails Foundation. Kristen and her husband, Chris, live in Illinois with their two rescued labs, Wrigley and Oliver.

Chris and Kristen adopted Wrigley a few months into dating and he is now 11-years old. “He has been there through it all with us; breakups, makeups, engaged, adopted another dog, married, bought our first house together. Wrigley has been part of us since day one, so he is our baby,” says Kristen. Wrigley was rescued from Hurricane Katrina, brought in a van full of puppies to the Chicagoland area. They immediately knew this black lab was the one for them. Wrigley hasn’t always been the easiest dog for them; he has suffered with socialization and only likes his close circle. But Chris and Kristen love him more than anything and vowed to never give up on him. “Since he is a challenge and a dog we can’t bring everywhere with us, we work around Wrigley’s personality so he has the best life,” says Kristen.

Despite Wrigley’s issues, Kristen and Chris were still able to adopt another lab puppy who gets along perfectly with Wrigley. They met Oliver as a puppy at his foster mom’s home and immediately knew he was for them. Oliver is now six years-old. Oliver respects Wrigley as the king of the home and is very submissive and sweet. He loves going on boat rides and fishing trips with his mom and dad! He also loved visiting Wrigley Field after the Cubs won the World Series! 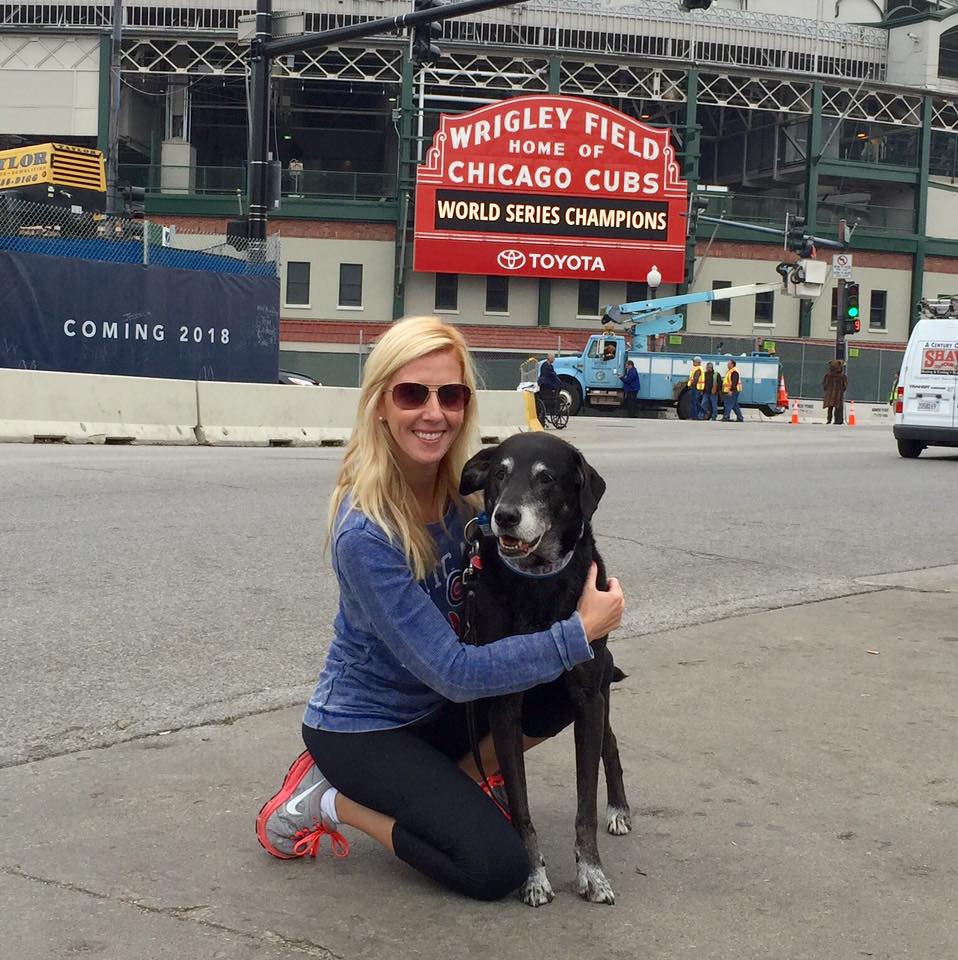 Kristen is extremely active in rescue and she and Chris have fostered almost 60 dogs. She also goes to animal control on a regular basis to take dogs into the rescue she co-founded. People always ask how she can foster and give up the dogs? “Some are harder than others to let go but we know if we ever did decide to adopt one, we could no longer foster. So we decided not to be selfish and continue helping more dogs find forever homes and families,” says Kristen. 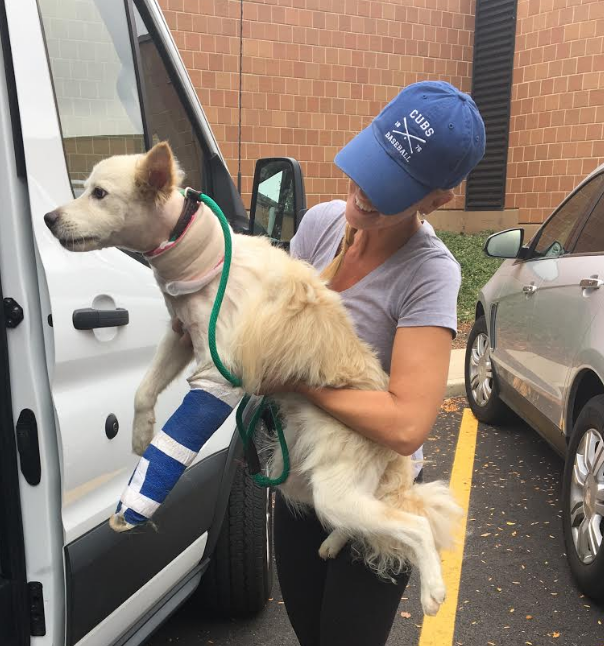 Kristen considers herself a dog mom for many reasons – one being she is always talking about her dogs! “We even call our names as mommy and daddy to the dogs and they know when I say ‘Daddy is home,’” says Kristen.

Kristen loves making homemade dog treats for the boys and taking them on long nature walks and on their fishing boat. “We tell our dogs we love them everyday and we hope we’re giving them the best life possible. They both sleep in our bed every night and we wouldn’t have it any other way,” she said. 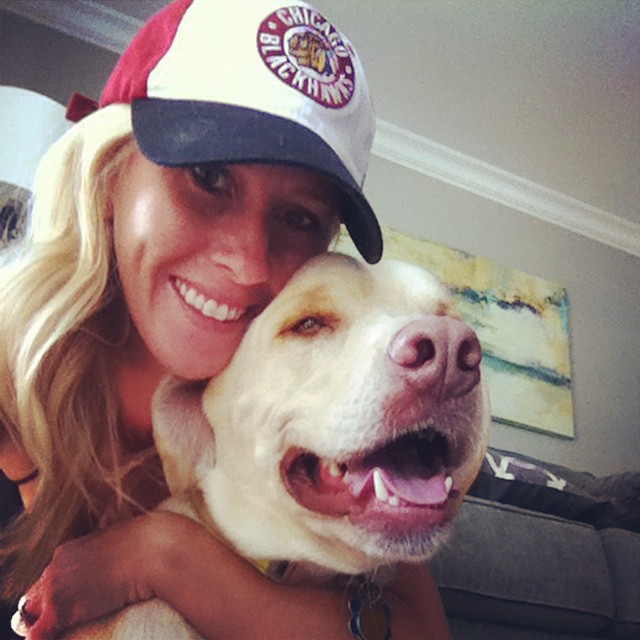